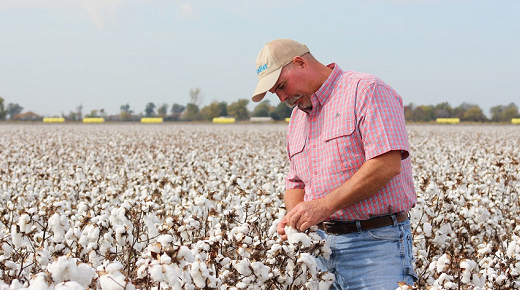 Bacterial blight resistance is important when you need it

“An ounce of prevention is worth a pound of cure.” That’s good advice for any situation, but it’s especially true on the farm.

PhytoGen Breeding Traits protect against yield-robbers such as bacterial blight, root-knot nematodes and verticillium wilt. Bacterial blight isn’t an annual problem in Scott’s area of the Missouri Bootheel, but it’s more prevalent some years than others. When bacterial blight infests a field, heavy rainfall and increased humidity can cause it to spread quickly.

That’s why Scott says it’s important to protect against the disease by planting PhytoGen® cottonseed. All PhytoGen W3FE varieties have the PhytoGen Breeding Trait for bacterial blight resistance.

“Bacterial blight protection is important in the years when we need it,” Scott says. “You never know when it’s going to hit, so it’s good insurance. It’s just part of the PhytoGen package that contributes to the yield and quality.”

Scott learned this one year when bacterial blight was particularly bad in his area. Many cotton fields were discolored and unhealthy due to bacterial blight, but Scott’s cotton was a lush green that didn’t show any symptomology.

“My neighbors wanted to know why my cotton came up faster, grew off better, and stayed healthy all season long,” Scott says. “They thought I was pouring nitrogen on the field, which I wasn’t. It was the healthiness of the plant, better genetics, and stronger emergence with PhytoGen.”

“I am excited about the dual RKN trait in varieties such as PHY 350,” Scott says. “Until now, we did not have really good RKN-resistant varieties available for our area.”

Whether it’s protection from bacterial blight or RKN, Scott says PhytoGen Breeding Traits provide always-on protection to help him maximize yield and fiber quality. It’s one less thing to think about during the season.

“When these traits are bred into the seed, it’s hard to have an application or a treatment that will surpass it,” Scott says. “It’s another tool in the tool box. When you plant the seed the protection is there, and you don’t have to worry about it or address it later in the season.”

California grower relies on technology and PhytoGen to thrive