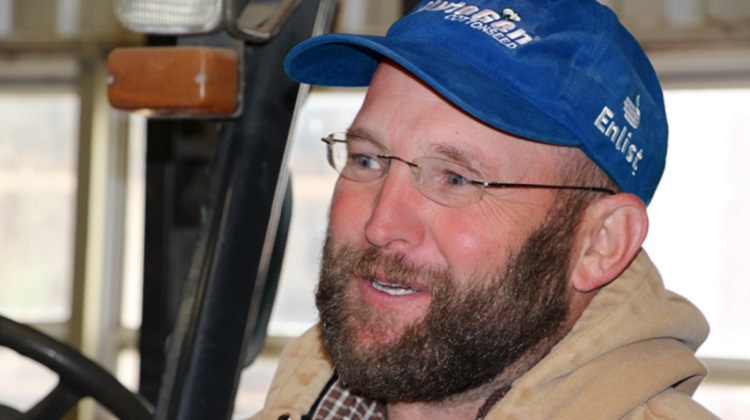 Jamey Duesterhaus and his brother Corey of Littlefield, Texas switched to PhytoGen® cottonseed for the “superior quality and uniformity” and the ability to use the Enlist™ weed control system.

The Duesterhauses come from a long line of cotton farmers in the centennial town of Littlefield, Texas. It’s in their blood, and it’s passed down from both sides of the family. While Corey Duesterhaus has farmed near the West Texas community since the late 1990s, his brother Jamey Duesterhaus has only recently returned to farming.

It didn’t take Jamey long to realize how challenging resistant weeds can be. The climate and lack of moisture make glufosinate ineffective against the glyphosate-resistant Palmer amaranth, leaving the Duesterhauses searching for a better solution.

“Weeds take up space and nutrients,” Jamey Duesterhaus says. “We knew glufosinate wasn’t working, and we’d grown PhytoGen before and were happy with the yield, quality and emergence. We had to switch to something for weed control, and Corey suggested we try PhytoGen.”

While his brother planted PhytoGen® brand PHY 220 W3FE and PHY 417 WRF, Jamey Duesterhaus planted PHY 490 W3FE and PHY 300 W3FE. Both say the varieties came out of the ground faster than anything else and yielded well, with cotton going into loan at 55 cents. But the Enlist™ weed control system with the PhytoGen W3FE varieties really got their attention.

Duesterhaus explains that during the season he used preemergence “yellows and whites” and then sprayed Enlist Duo® herbicide.

“You could see weeds die within hours, and kept dying — they didn’t come back. It disintegrated the pigweed. My farm was clean, and these new varieties produced,” he says.

“Weeds in a stripper are a fire hazard. If the fields are clean, it’s one less problem,” he says.

Duesterhaus plans to switch to Enlist One™ herbicide next year because of the tank-mix capabilities, enabling him to reduce passes in the field. Given that his whole farm is planted to PhytoGen W3FE varieties, he also likes that he can spray the same product across the entire farm. And he’s found that the Enlist weed control system offers an easier tank cleanout than what he’s experienced with other systems.

“We’re looking for superior quality cotton and superior weed control,” Duesterhaus says. “Cotton quality and uniformity are the traits we depend on — that’s our living. We switched to PhytoGen for that and to be able to use a different chemical control on our resistant weeds.”

“I’ve sprayed resistant weeds with this product, and it works.,” he says. “Every year I want to know, ‘What can I do better?’ and that’s why I’m always researching and looking for new solutions. I think PhytoGen is it.”