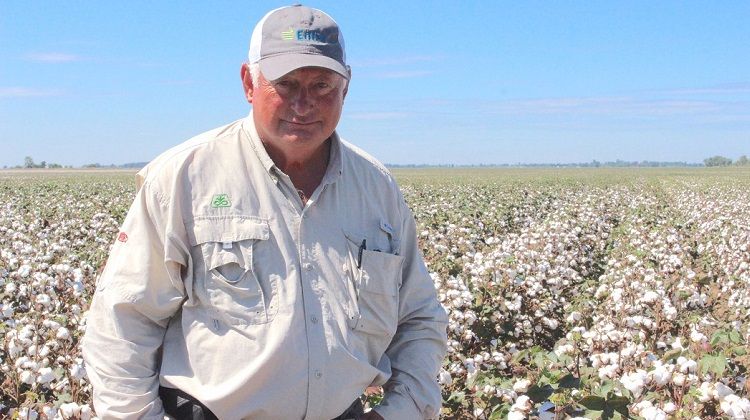 An excellent crop consultant and good data help pinpoint benefits that you might not otherwise see.

Cotton producer David Pearson experienced this firsthand on his operation when he compared the bollworm protection of WideStrike® 3 Insect Protection with other cotton Bt traits. WideStrike 3 is a three-gene, Bt trait technology for superior protection against lepidopteran pest, including improved control of cotton bollworm.

As Pearson reviewed his scouting reports through the summer, he noticed an emerging trend.

There were substantially fewer bollworm eggs in his PhytoGen W3FE varieties, which all come with WideStrike 3 Insect Protection.

“I got my scouting sheets from my consultant, and we didn’t have the worm counts in the PhytoGen cotton with the WideStrike 3,” Pearson says. “You could see it on every page of my scouting reports. The PhytoGen varieties had lower worm counts than the competitors.”

In fact, WideStrike 3 kept worm counts below threshold levels throughout the season. But competitor varieties were “full of eggs and worms” and needed expensive insecticide applications. Pearson says those applications cost him $17 to $25 per acre, much of it applied by an airplane due to wet fields. Those costs add up fast.

“I spent a lot of money to control bollworms in my other cotton, but I didn’t spend a dime to control worms in the PhytoGen W3FE varieties,” Pearson says. “WideStrike 3 kept money in my pocket during the summer.”

Pearson says the excellent worm control of WideStrike 3 gave him an edge during the season, but it’s not the only one. PhytoGen Breeding Traits™ also provided protection against other yield-robbing pests. In 2016, his area experienced increased bacterial blight damage, so he likes that all PhytoGen W3FE varieties are resistant to bacterial blight. He’s also interested in the root-knot-nematode resistance available in certain varieties, such as PhytoGen brand PHY 320 W3FE.

“I’ve got a field with concrete sand that’s full of nematodes,” Pearson says. “We planted PHY 320 W3FE, and it’s the healthiest-looking cotton I’ve grown in that field since Temik came off the market. After we lost Temik, we went with seed treatments, but those are gone by midsummer. I like that PhytoGen has varieties with good nematode resistance.”

PhytoGen W3FE varieties also bring the Enlist® weed control system to his farm. He had excellent weed control using that system and says it is “very easy to clean out from a sprayer.” He’s found that using two modes of action — a tank mix of Enlist One™ herbicide and glufosinate — is a great weed control application.

“I sprayed Enlist One with glufosinate, and it fried the weeds,” Pearson says. “My advice: Put glufosinate in there with Enlist One, and you will control your weeds.”