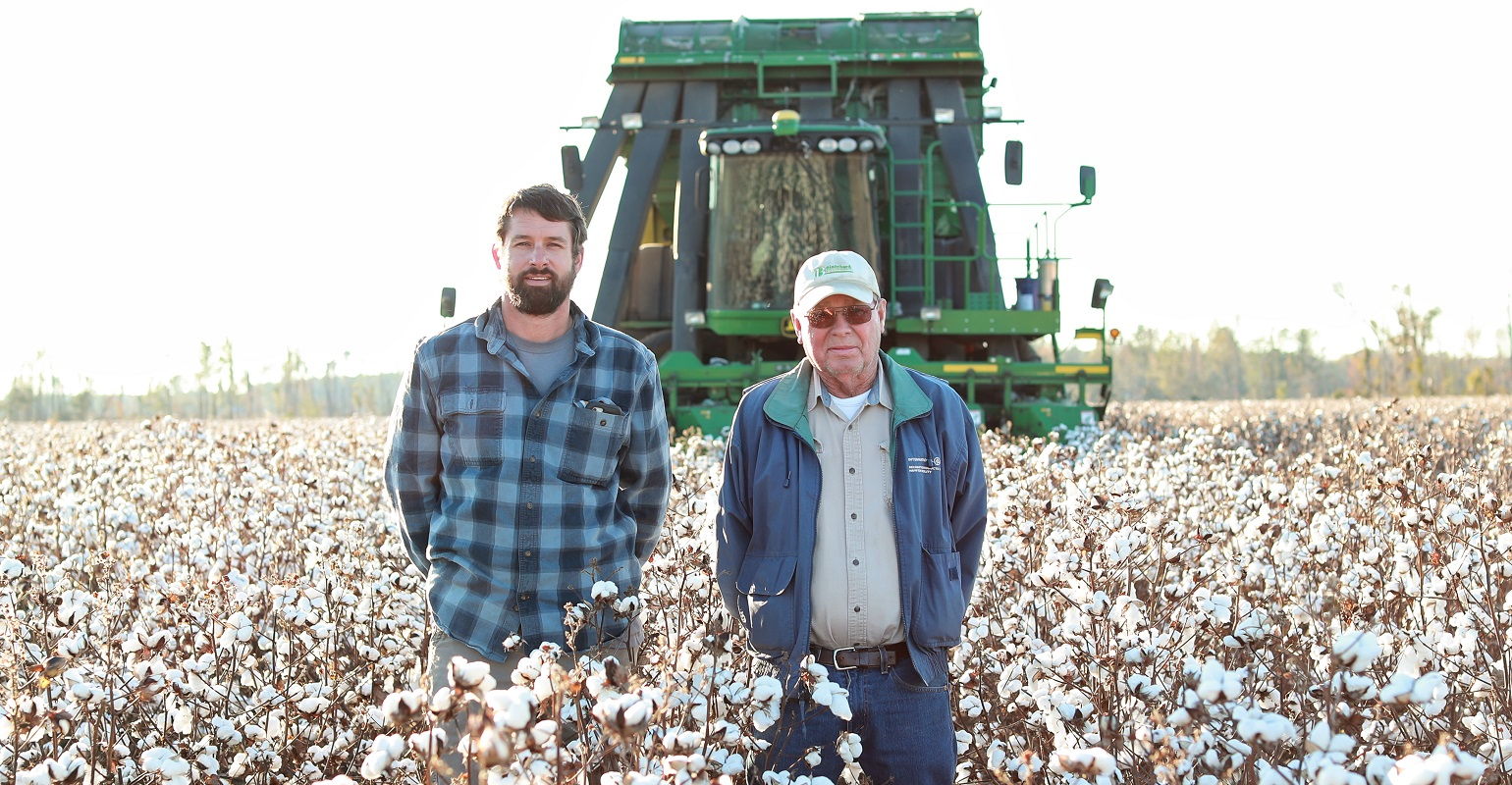 Optimists by vocation, farmers look for the silver lining — even in tough seasons. 2020 brought challenges to the Southeast, but those hurdles allowed growers to test the mettle of newer cotton varieties.

Now producers have a better idea which cotton varieties they’ll plant in 2021.

Doug Jarrell of Estill, South Carolina, was hit by a tornado last spring that took out a center pivot and caused extensive damage on his farm. The clean-up efforts, combined with a wet spring, meant planting was later than usual. Even with the late planting, new PhytoGen® brand PHY 545 W3FE was a great fit for his farm.

Then came a roller coaster of a season. July brought heat and drought for two weeks, followed by an extremely cool September. Even with the challenges, PHY 545 W3FE pushed through and shined.

“It loaded up and made a beautiful field of cotton,” Jarrell said. “The light sandy parts of the field looked as good as the rest of it, and it yielded 3-plus bales to the acre.”

“I haven’t been this excited about a variety in a long time,” Jarrell said. “It went through a lot of adversity and still performed. I’m going to plant a third of my farm to it in 2021.”

Rodney Helton and his brother Michael farm in south Alabama about 50 miles from the Gulf Coast. In 2020, he faced increased pressure from reniform nematodes early in the season followed by two hurricanes later in the year.

Those circumstances set him up to see just how impressive PhytoGen brand PHY 443 W3FE would be on his farm.

“We have a severe reniform nematode problem in our area, and they jumped on everybody in 2020,” Helton said. “You could drive by fields on the highway and see the damage at 70 mph.”

But that wasn’t the case for PHY 443 W3FE, because of its resistance to both reniform and root-knot nematodes.

“From start to finish, it was great cotton. PHY 443 W3FE  looked really healthy, when other varieties without reniform resistance were stunted,” Helton said. “PHY 443 W3FE grew much better with better response to fertility.”

In his PhytoGen Innovation Trial, PHY 443 W3FE was the No. 1 yielding variety, beating the leading competitive variety by 40 pounds. Helton pointed out that the competitive variety required more than $50 in nematicide applications, which was not required with PHY 443 W3FE. The higher yield, plus decreased crop protection costs, was a double shot in the arm.

“We’ve been spending a lot of money on nematicides and still not getting the yields we would like, so PHY 443 W3FE is going to be a big blessing for us,” Helton said.

Toward the middle of the state near Montevallo, Alabama, producer Luke Smith doesn’t face as many nematodes or hurricanes, but glyphosate-resistance pigweeds are a major issue. He planted competitive varieties in the past and often had stand establishment issues. He also wanted to plant a more compact stature variety that would perform well on his 30-inch rows.

PhytoGen brand PHY 400 W3FE checked all the right boxes, and he planted more than half of his crop to the variety in 2020.

“It was the best overall stand we’ve had in years — I believe every seed came up,” Smith said. “Our yields were between 1,200 and 1,300 pounds. That’s excellent because we’re aiming for 2 bales an acre with our fertility and management on extremely mixed soils.”

As far as his weed problem, the Enlist weed control system did a great job.