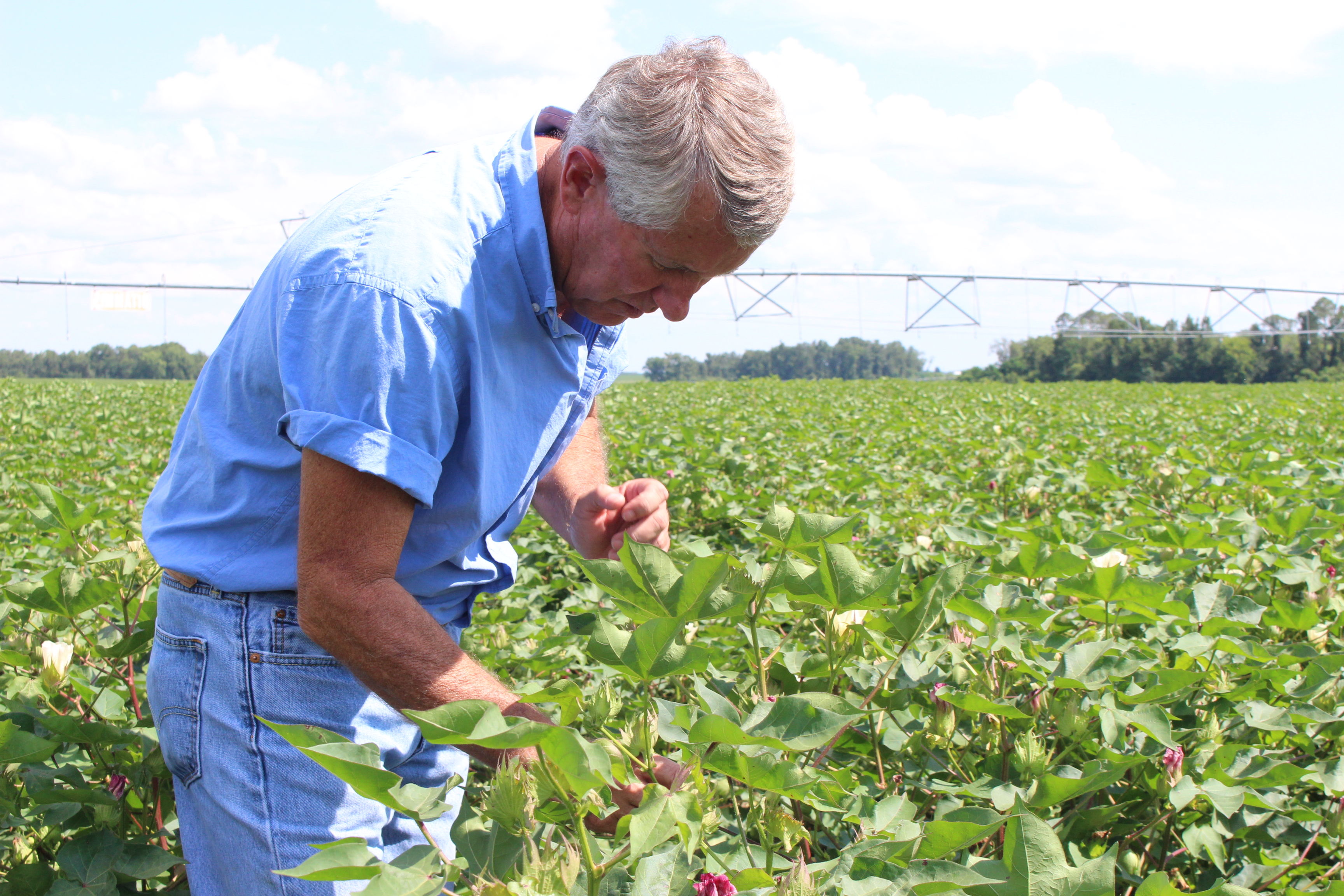 You can’t change the weather, but choosing the right variety helps mitigate many surprises during the season.

“When I heard about PHY 580 W3FE, I was excited to try it out,” McCleskey said. “A full-season variety will push through the dry summers. Full-season varieties won’t quit on you.”

McCleskey’s strategy was timely, as the summer turned dry and stayed that way through the growing season. He didn’t get any rain in July or September and only a little in August. McCleskey admits that his expectations weren’t too high at the end of the season — but he got a nice surprise come harvest.

“As dry as it was, I was surprised when I started picking,” McCleskey said. “It yielded 1.5 bales on dryland and 2 bales on irrigated, which is better than I thought given the season we had. I am going to plant more next year, that’s for sure.”

Putting RKN and bollworms to rest

While the full-season toughness fits McCleskey’s area, he also said the in-plant pest protection kept plants healthy all season long. Bollworm outbreaks are common, and WideStrike® 3 Insect Protection is one of the main reasons he began planting PhytoGen® W3FE varieties in recent years.

“WideStrike 3 is a major benefit,” McCleskey said. “I haven’t sprayed for bollworms since I’ve been using the technology, and there was a time in my life when we sprayed for worms several times a year. My scout checked regularly, and we didn’t have any damage.”

McCleskey said the RKN protection was evident to the eye. He has a field by his shop with a RKN hot spot, where plants are typically yellow and stunted. In 2018, he planted that field to PhytoGen brand PHY 480 W3FE, another RKN-resistant variety. Plants were healthy all year long, so he was eager to see how PHY 580 W3FE would perform there.

“I planted PHY 580 W3FE in that field in 2019 and the root-knot-nematode spot didn’t show any yellowing or other nematode symptoms,” McCleskey said. “The cotton was healthy — the good green color you want. These new varieties with root-knot-nematode resistance can really help in those situations.”

As McCleskey looks to the next season, he’s excited to see how PHY 580 W3FE will perform again, hopefully with better weather conditions. But whatever weather comes, he’ll keep pressing on and preparing for the unexpected.

“I’m a third-generation farmer. I love farming — it’s all I’ve ever done,” McCleskey said. “I like to grow cotton and I’ve liked PhytoGen cottonseed ever since I started planting it. I like to stick with what works.”

RKN protection that doesn’t wash off